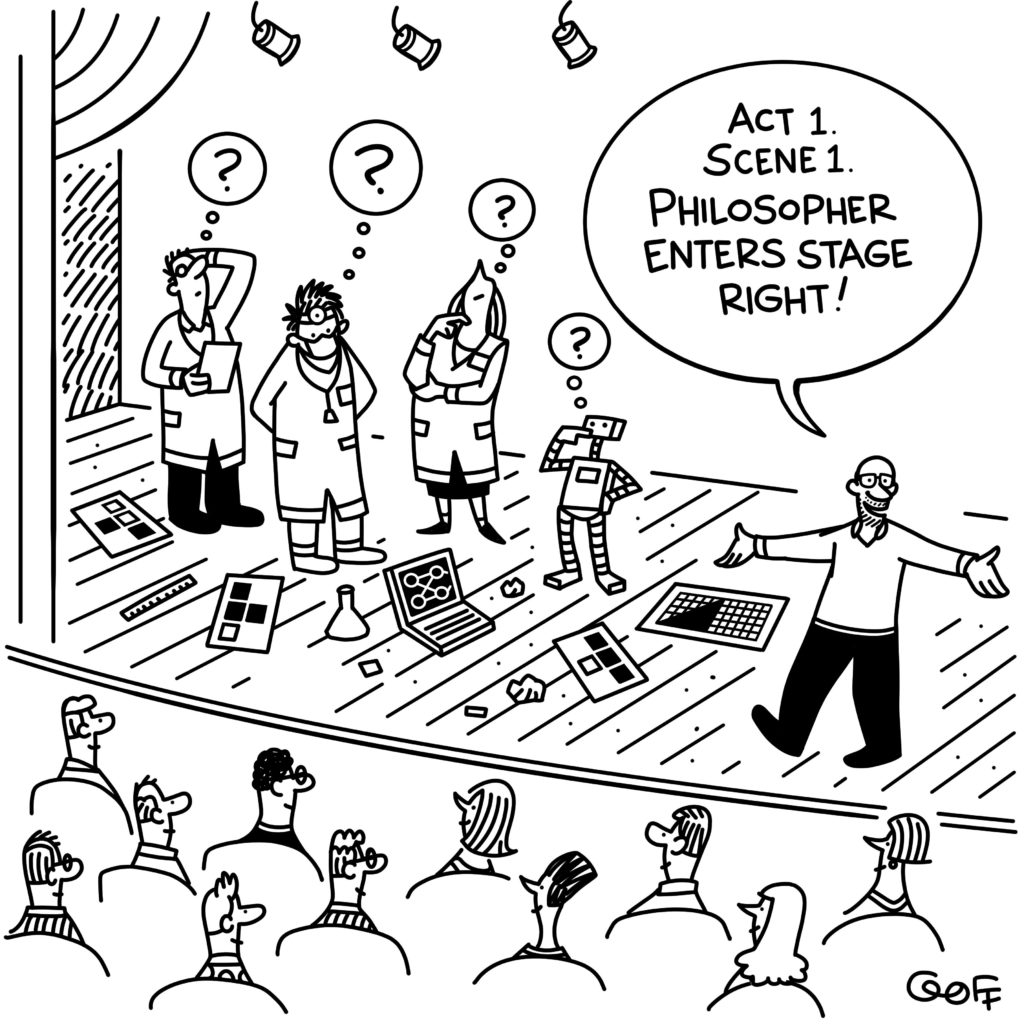 My main research area is philosophy of technology, a field, which I look at from different perspectives.

In history of philosophy, I specialize in the so-called historical epistemology, i.e. French history and philosophy of science and technology of the 19th and 20th century (Comte, Bachelard, Canguilhem, Simondon, Latour) and US-American Pragmatism (Peirce, James, Dewey, Whitehead).

In my current project, I investigate the relationship between classical warfare between humans, such as the US-American Civil War or WWI, and so-called “war against nature”, such as pandemics (Aids, Covid-19), diseases (Cancer) and natural disasters (1906 San Francisco earthquake). More precisely, I look at these different types of war from a micro- and macro-perspective: the former asks what it means to have a war experience on an individual level (soldiers, victims, patients, etc.); the latter investigates how war campaigns are conducted on the social, political and high-command military level.

In the field of philosophy of computation, logic and digitization, I am mainly interested in practices of invention and development of technologies. I focus on technical objects such as logical machines, electrical circuits, computer architectures and computer models such as cellular automata and artificial neural networks.

I am engaged in two interdisciplinary collaborations. Together with computational engineer Patrik Christen, I developed a metamodel based on generic programming capable of creating automatically diverse types of computer models such as artificial neural networks and cellular automata. The resulting so-called allagmatic method is used in the context of complex systems research. With MD Xavier Muller, I work both on a historical and systematic level in the field of philosophy of medicine. Specifically, we discuss how medicine, especially surgery, can be looked at as a technical activity rather than a scientific endeavor of evidence-based medicine leading in therapy to more narrative forms and methods of caring for patients. Moreover, we work on the establishment of a curriculum highlighting the technical and practical side of surgery rather than theoretical learning.

Together with Sean Weaver and Patrik Christen I created the Complexity Club, an internationally connected research platform based in Switzerland. At the core of the Club stands the intensive and deliberate passion for the understanding and critical reflection on complexity. Starting from 2023 we will organize talks at ETH Zurich open for the public and covering transdisciplinary topics: architecture, neuroscience, mathematics, political science, medicine, computer science and so on.